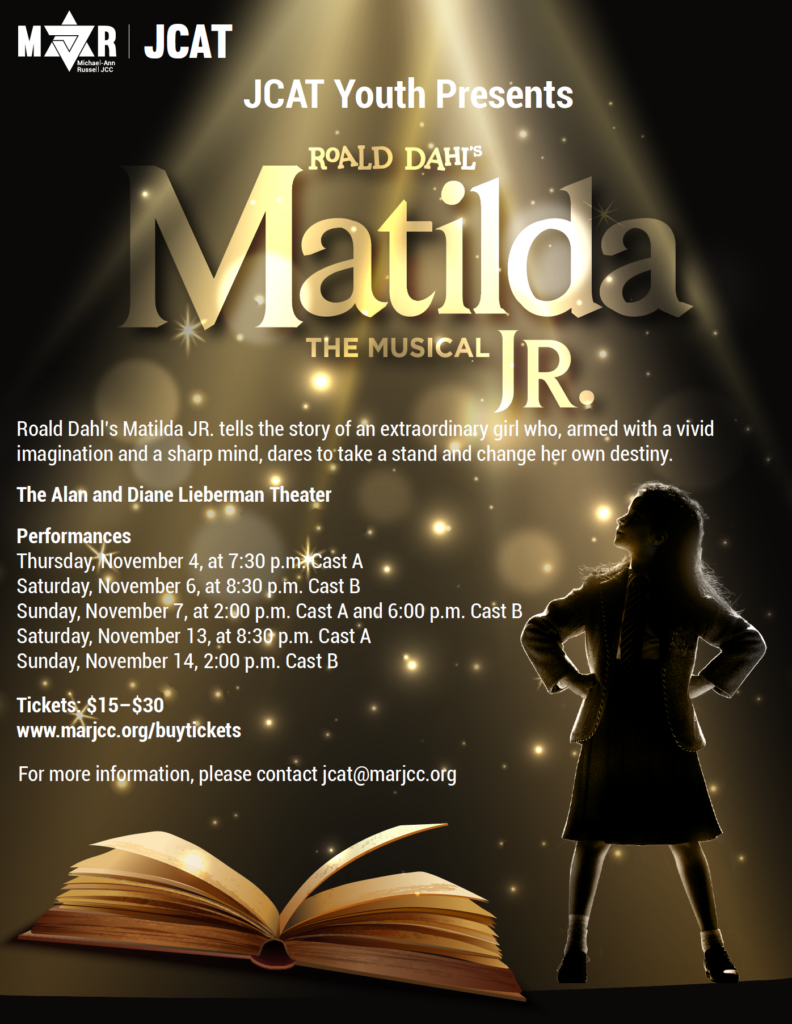 Roald Dahl’s Matilda JR. tells the story of an extraordinary girl who, armed with a vivid imagination and a sharp mind, dares to take a stand and change her own destiny.

Matilda, a little girl with astonishing wit, intelligence and psychokinetic powers, lives with cruel parents who find her to be a nuisance, a lousy little worm, and a bore. When Matilda enters her first term at school, she captures the attention of Miss Honey, a kind teacher, and the two form a wonderful friendship. Unfortunately, the school is ruled by a tempestuous and mean headmistress named Miss Trunchbull, who hates children and delivers cruel and unjust punishments to all her charges. Matilda is determined to change her story, but will her cleverness and courage be enough to withstand the reign of Miss Trunchbull?

Please complete the form below.