FOUR DECADEs OF MACCABI GAMES: OUR HISTORY DEFINES OUR FUTURE

THE MIRACLE OF THE MACCABI GAMES

In 1982, a group of Latin’s was contacted by the Greater Miami Jewish Federation to revive the now extinct Latin American Jewish Community of Miami. These young Latins were moved to action and began compiling lists of the hundreds of Latin families that had emigrated to Miami over the last ten years and dispersed throughout South Florida.

This initial group of leaders created a kind of “board” that actively worked on various projects that could unite the Latin American community in South Florida.

Fond memories of the Miracle of the Maccabi Games in Colombia inspired the group to propose creating the Maccabi Games for Latin families living throughout Miami-Dade County. Attracting soccer players to commemorate Israel’s Independence brought together many athletes and spectators, followed by the idea to make this an annual event including various sports. As time passed, the members decided to invite Jewish participants from other cities in Colombia, which resulted in the Colombian Maccabi Games organization.

These games included over 3000 participants, representing an impressive 35% of the country’s Jewish population. The result was unimaginable, and the annual event became an athletic, cultural, and social event — one of the most important of the Colombian community. So when the board proposed these games take place in Miami, the Colombian board members felt compelled to recreate the Miracle of the Maccabi Games.

The first Miami Maccabi Games were organized quickly— not trying to recreate the perfect event but introducing the Maccabi Games concept to the Latin community. As the Miracle of the Maccabi Games was in its planning phase, 350 participants and hundreds of spectators came together to experience the first annual Maccabi Games in Miami. This incredibly successful and memorable event provided a footprint for the future.

It is critical to acknowledge the Colombians who organized these first incredible Maccabi Games. Even now, as I reminisce about the experience, I remember feeling the anticipation of beginning to plan the second Maccabi Games to take place in November 1983 and hoping we would have even more participants. Until the next Maccabi Games.

Translated from Spanish to English 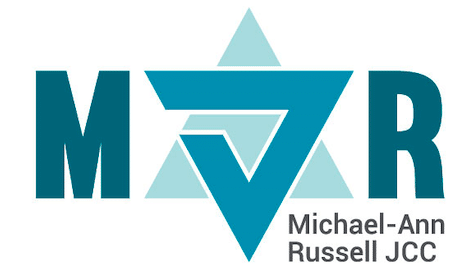 Earlier today, there was a shooting at the Michael-Ann Russell Jewish Community Center with one fatality. Miami-Dade Police have confirmed it is being investigated as a domestic issue. The suspected gunman has been arrested, and police have indicated there is no known threat to the Jewish community.

Our heartfelt thoughts and prayers go out to the victim’s family.

Thankfully, years of drills and numerous safety protocols ensured the safety of our members, staff, and community.

The Michael-Ann Russell JCC is grateful to the Miami-Dade Police Department and all first responders who responded so quickly.

The MARJCC will resume normal operations tomorrow, April 4, 2022. However, as previously communicated, there are no group exercise classes or adult enrichment classes until 3:30 p.m. due to a previously scheduled conference.